Let’s Talk Afghanistan — Why the US Plan Failed 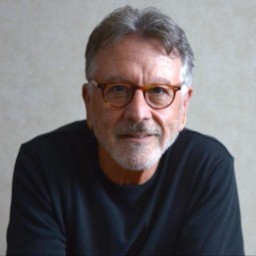 Read More
What is a Calibration?

Let’s Talk Afghanistan — Why the US Plan Failed

Spiritually speaking, the collective calibrated level of consciousness of the Afghan people – excluding the Taliban or Isis – rendered the plan to ‘democratize’ Afghanistan difficult, if not impossible.

The Afghan people, collectively, excluding the Taliban and Isis, calibrate at a level much lower than that. In fact, their collective level of consciousness is just below the level 200, which is the level of Integrity.

For comparison purposes, when Dr. Hawkins calibrated the collective consciousness of the people of the United States of America, it calibrated in the mid 400’s.

As a result, the likelihood that the Afghani people would be able to adopt and make workable a higher form of government is low. It was a very tough ask, not one easy to successfully implement. So, the entire plan to democratize Afghanistan had a very high likelihood of failure, which is what we saw happen.

Interpreting the Levels Of Consciousness

However, this does not make the Afghanis bad people. They are not. They simply were not ready for a democratic government. One day, perhaps,  they will be. But not now.

In addition, as a lower consciousness society, they also lacked belief — conviction — in democracy as a governing ideal. They did not trust democracy to the degree necessary for a successful transition and were not fervent in their desire for it. They were  not willing to 'fight' for it. This all points to the outcome we all saw. Unfortunately, but inevitably, democracy failed to take hold and the government the United States worked and sacrificed so much to create quickly fell.

On the other hand, we have the Taliban and their armies. Collectively, the Taliban calibrate even lower than the rest of the Afghani people. Their calibrated level of consciousness is around the 100 level. And Isis comes in even lower, just below 80.

So, how is it that they were able to so quickly overcome the higher calibrating Afghanis?

The Power of Belief and Conviction

The Taliban had belief. Conviction. Whatever their inner motivations and, certainly, none of these are virtuous or from a perspective of love, they truly believe in their vicious ideology. They revel in control, compliance, and even death and destruction. Their actions have displayed this many times during the last several years.

As a result, they did have the will and desire to die for their erroneous and misguided beliefs. The Afghani people did not have this level of belief and conviction so the country fell into the soul of darkness in a very short period of time.

Had these sorts of things been considered and properly accounted for at the outset, when the invasion of Afghanistan was first planned back in the early 2,000’s, perhaps the outcome we see now could have been avoided.

In fact, it is a likelihood that all the years of war, and all the money spent on this war, could have been reduced substantially. Knowing the calibrated level of consciousness of the different sects and their players would have been useful information to have had and employed during the planning process.

The World Needs You. You Need You...

Here's the thing... Your life and world can be better. It comes with the knowledge of the Spiritual Selves. Reconnecting to this part of yourself - the real you - is the key to happiness; to filling the hole, the void, many feel inside.

I'd like to help. Meditation is a tool toward this end. It can be a very powerful tool. I've developed some techniques to employ during meditation to help you reconnect... To affirm and strengthen your connection to your Inner Selves - the God Self. Please use the form below to get these techniques now.